In 1916, twin brothers Denny and Connor Ronan are eager to get to the war before it's all over; Bridie O'Malley, their childhood friend and the woman they both love, watches them leave, understanding too late that war is about more than heroes and handsome boys in uniform.

Nearly a century on from the disastrous battle of Fromelles, forensic anthropologist Kat Kelso, Bridie's great granddaughter, is in France identifying the recovered bodies of lost Australian soldiers. The discovery of her own relative amongst the dead men begins the unravelling of a hundred years of family history, lies and secrets.

Bridie O'Malley is 8 years old when her father, Eamonn, decides that there is no future in Ireland for him and his children.  With unemployment rates at an all-time high and farmers struggling with their latest failures, he sells his drapery business and departs with his four children to seek a new life in Australia.

Her mother having died at her birth, Bridie has been been brought up by her adoring father and three brothers.  Two years after arriving in Australia, Eamonn's business is a thriving success when he decides to buy a property for them in Manly.  Naming it Connemarra after their home town, Bridie thrives in her new home and, at the age of nine, befriends identical twins Denny and Connor Ronan.

Denny and Connor live a stone's throw away from Connemarra.  Orphaned at the age of three when their parents died in a ferry accident, they have been brought up solely by their aunt, Nelly.  Denny is the more outgoing of the two and displays much self-confidence and charm, while Connor, the more introverted and sensible twin, loves his brother unconditionally.  Together, the twins and Bridie grow up and become inseparable until at the age of fifteen Eamonn arranges for Bridie to complete her education at a boarding school in Sydney, then offering the twins jobs in his business.

By the time the three are reunited on Bridie's return from the end of her schooling and a six month visit to Ireland with Eamonn, she already knows that she will marry one of them, but as the war looms before their eyes, the casualties grow in numbers, and Gallipolli is still fresh in everyone's minds, she is faced with a difficult choice.

Almost a century later we are introduced to Kat Kelso, great-granddaughter of Bridie.  Kat was born in Scotland and, like Bridie, was the apple of her father's eye until she was eight years old, when he was killed in a car accident.  Never having been close to her mother, she was sent away to boarding school, but when the costs became too much for Fiona to bear on her own, she decided to pack them both up and move back to Australia - to their family home, Connemarra.

Now, Kat is a renowned forensic anthropologist and currently in-between jobs which take her all over the world but, while Connemarra and the arms of her great-aunt Hettie welcome her before she takes off again, Fiona is still as distant as ever.  Much to Fiona's disapproval, Kat mentions to Hattie that her next stint is in Fromelles, France, where she has been contracted to exhume and examine the remains of people once loved but now lost, but gets a lot more than she bargained for when she discovers, through a variety of old family photographs and stories told by Hattie, that the chance of her finding one of her ancestors in Fromelles could become a reality.

However, the many lies, and a secret far larger than she could ever have imagined, are about to be uncovered, with the echoes reverberating through the centuries.

Joanne's choice of dual narrative is not unusual in this type of story and certainly adds another dimension to this novel.  While it not only transported this reader effortlessly between the past and present, it allowed me a glimpse into a war where a number of Australians fought and lost their lives.  As Denny and Connor stand side-by-side in a battle that they were all too eager to participate in, Kat, in the present, gives us a glimpse into her life and the broken relationship between her and Fiona, thus giving us clarity on the circumstances surrounding each character's motivations.

A fine descriptive writer with a strong eye for detail, Joanne's vivid descriptions of life on the frontline are compelling, right from the brilliant prologue through to the poignant epilogue and her words are brought to life in the construction of authentic war scenes, from the deep bloody trenches and broken bodies to the courage that is always under fire - not  to mention her geographical descriptions and the intricacies involved in the exhumation of old bones - which all pays homage to the amount of research that must have gone into this novel.

Seamlessly weaving fact and fiction together in this, her debut adult fiction novel, this is a story that is sure to delight a larger readership who enjoy both contemporary and historical reading as well as become a source of discussion for many reading groups.

I wish to thank Pan Macmillan Australia for providing me with a hard copy of this memorable novel.

Joanne van Os ws born in Sydney and raised in Melbourne, the eldest of six children.  After working as a laboratory technician she moved to the Northern Territory in 1976 to be the radio operator at a remote Aboriginal community. 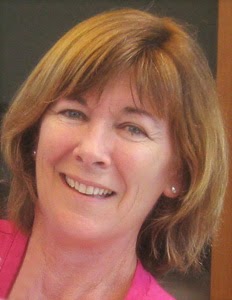 Her first book, Outback Heart, was published in 2005 and is a memoir of a way of life in Australia that has pretty much disappeared.  It also tells the story behind the ‘Real Crocodile Dundee’ and his sad demise.

Following on from Outback Heart was her first children's novel, Brumby Plains, then Castaway in 2007, which are both yarns about kids living a very adventurous life in the bush.  The Secret of the Lonely Isles is a sailing story set in the north of Australia - still a children's mystery/adventure although it changed direction slightly from the bush theme - and was published in 2011.

She lives in Darwin with her husband Lex Silvester on their boat "Tramontana".


Some Further Information on the Missing Australian Soldiers at Fromelles


“Until recent years, 1,335 Australian soldiers remained ‘missing’ from the Fromelles battle, having no known grave. Then in 2007, following persistent research by retired Melbourne teacher, Lambis Englezos, archaeological investigations began to uncover the remains of some 200 Australian and 50 British soldiers who were buried in a mass grave at Pheasant Wood by German troops in 1916. Between 30 January and 19 February 2010, the remains of 249 soldiers were reinterred with full military honours in Fromelles (Pheasant Wood) Military Cemetery, newly constructed by the Commonwealth War Graves Commission. Over 90 Australian soldiers were identified by name and more may still be identified.

On 19 July 2010, the 94th anniversary of the Battle of Fromelles, the last of 203 Australian soldiers recovered from the excavation were buried in a solemn ceremony with full military honours. Later that day, a private ceremony was held for families of identified soldiers to dedicate the named headstones within the cemetery.” – Australian War Memorial website

For a heart-warming, true story on an Australian Soldier lost in the Battle of Fromelles, please follow the link to an article published by the Sydney Morning Herald on the 24th April 2014 - http://www.smh.com.au/national/phone-call-raises-goosebumps-for-family-of-identified-fromelles-digger-20140424-zqygl.html