In this sharply witty and astute debut, Meredith Jaffé, well-known book critic and former editor of The Hoopla, gives new meaning to the terms “suburban bliss” and “neighbours from hell” in a novel that’s sure to have everybody talking!

We’re firstly introduced to Gwen Hill who has lived in this North Shore suburb of Sydney all her adult life. When she loses her best friend and confidante, Babs, to cancer and the house next door is sold, she holds all sorts of fears for the future.

Enter Frankie Desmarchelliers-Boyd, she of the high-flying career with a house husband, four children and two dogs, who has moved to the lush and leafy suburb in a bid to save her marriage. Frankie is determined to keep her children and animals contained (perhaps her husband too) and nosy neighbours excluded and the fact that Gwen’s beautiful Crab Apple Trees encroach on her property quickly begins to breed contempt.

It’s an unfortunate situation that they soon find themselves in and what ensues is a battle of the generations where the older is grieving for what has been lost and the younger is determined to live life and raise her children her way.

Written in third person, from the perspectives of Gwen and Frankie and interspersed with Gwen’s newspaper column which adds some gardening flavor (with a hint of what is to come in the story), along with snippets of Eric’s and Brandon’s points of view, it’s this style of writing that has allowed Meredith to explore the motivations and frustrations of her realistic, complex and perfectly imperfect characters, thereby holding and increasing the tension throughout the story.

Whilst on the subject of characters, Meredith’s are universally recognisable and their observations of and experiences with one another will have the reader either taking sides or attempting to sit on the fence with an outsider’s perspective. Difficult as it was for me to just sit on the fence, I soon found myself empathising and sympathising more so with Gwen than Frankie, who I had a hard time warming up to because I found her to be acerbic and obnoxious.

In saying that though, don’t let my perceptions colour your impressions as there’s a lot more to Meredith’s characters and their stories than what I’m letting on and, in spite of my difficulties with Frankie’s character, it wasn’t long before I found myself vacillating in my allegiances between the two women.

The variety of themes explored in The Fence is also vast and there is definitely something for everyone with Meredith touching on grief, generational differences, mother-daughter relationships, identity and stereo-types, fidelity, dementia and aging, the complexities of modern marriage, parenting, as well as the ever-debatable nature versus nurture argument.

Delivering gems of barbed humour that don’t overshadow her poignant insight, Meredith Jaffé has written an absorbing, entertaining and utterly believable story that brims with the assurance of an important new voice in contemporary fiction and I can’t wait to see where she takes us to next.

Highly recommended and one for the Book Clubs!

I wish to thank Pan MacMillan for providing me with a hard copy for review.

Meredith Jaffé became a writer via the scenic route. As a schoolgirl she wrote stories and poetry almost exclusively on the topic of horses (her poem The Brumbies was published in the annual school magazine!) When not writing about or riding horses, she channelled her energies into drama classes earning bit parts in the annual school plays. In Year 12, Meredith scored one of the two leading roles in the school’s production of Pride and Prejudice. Playing the part of Darcy remains the pinnacle of her acting career. 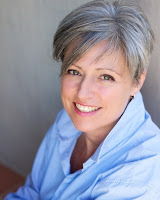 Meandering off to university, she majored in English Literature and Sociology and upon graduating she announced that she was going to be a writer. Her parents told her not to be silly and to get a real job, which she did. For 9 years, she worked in an insurance company and later became quite successful as a recruiter, possibly because it allowed her to collect other people’s life stories.
Facing the impending birth of her third child, she decided it was time to write or die wondering. Her early writing caught the eyes of one of the founders of the online women’s magazine The Hoopla and Meredith joined the magazine when it launched in July 2011. In March the following year, Meredith stepped into the role of Editor, Books and enjoyed three blissful years reviewing books and interviewing writers before the magazine closed its doors in March 2015.
Along the way, she was a member of the expert panel that selects the longlist for the Australian Book Industry Awards and chaired panels, presented workshops and interviewed fellow writers for various literary festivals. She volunteers at The Footpath Library where she is the Ambassador Program Coordinator enlisting writers to share the joy of reading with homeless people. She also runs their national EPIC! writing competition for school children.

For more on Meredith and her debut novel, see my Q & A here.

"I promise you one thing, young lady. Building a fence is not going to keep the world out and won't keep your children in. Life's not that simple."

Gwen Hill has lived on Green Valley Avenue all her adult life. Here she brought her babies home, nurtured her garden and shared life's ups and downs with her best friend and neighbour, Babs. So when Babs dies and the house next door is sold, Gwen wonders how the new family will fit settle into the quiet life of this cosy community.

Francesca Desmarchelliers has high hopes for the house on Green Valley Avenue. More than just a new home, it's a clean slate for Frankie, who has moved her brood from Sydney's inner city to the leafy north shore street in a bid to save her marriage and keep her rambunctious family together.

To maintain her privacy and corral her wandering children, Frankie proposes a fence between their properties, destroying Gwen's lovingly cultivated front garden.

To Gwen, this as an act of war.

Soon the neighbours are in an escalating battle that becomes about more than just council approvals, and boundaries aren't the only things at stake.”