After Juliette lost her beloved husband Danny, she closed herself off from the world, tormented by her grief.

But now, just as she is finally preparing to move on, she senses he has returned. Is he trying to come back to her?

How can Juliette say no to the man she loves more than life itself? And why would she want to when Danny's methods of persuasion have her weak at the knees . . . ?

Yet there is always a price to pay. And when their passionate love starts to turn sinister, will she find the strength to finally let him go for ever?”

Juliette is stricken with grief.  Her husband, Danny, passed away six months ago and since then she has become somewhat reclusive, distancing herself physically and emotionally from family and friends and not even venturing out to buy necessities, instead, preferring to use the modern convenience of online shopping.  Frequently reading novels and baking to make up for the loneliness in her life she quickly amasses a large selection of goodies which she stores in her freezer, until one day, immersed in her baking, she decides to begin sharing it with the neighbours in her apartment building by leaving little food parcels on their doorsteps.  And then there’s the fact that she’s finally ventured out to the bookshop to rectify an error with one of her orders!  But just as she thinks she is getting her life back on track and trying to conquer the fear of having to interact with outsiders, the faint smells of Danny’s aftershave begin to linger and sexually intoxicating dreams pervade her sleep leaving her to wonder whether Danny has returned.

A few days after she has recovered from a very bad cold which landed her in bed for three days, feverishly tossing and hallucinating, Juliette is in the kitchen baking when she begins to cast her mind back to some unexplained moments during her illness, when she has the sudden sensation that someone is pressing their body up against her.

Realising that it is Danny, the connection with one another becomes far stronger and, if Juliette hadn’t been a reclusive introvert before, Danny’s entrance back into her life causes her to become even more so, as she spends her time in the flat revelling in the feeling that she has her beloved Danny back, blissfully taking part in the sexual pleasures that she has missed for so long, forgetting about eating meals, ignoring the telephone and her doorbell and surviving only on the bare minimum of sleep, until one day a near fatal event sees Danny making the decision that he can no longer stand by and watch her destroy herself.  But, was this all real or imagined?

While this is her first foray into the paranormal romance sub-genre, Nicola Moriarty is by no means a new Australian author, having written two previous full-length novels, Free-Falling and Paperchains (my review here), both of which are modern contemporary.

As novellas go, they generally lack the sub-plots and multiple points of view contained within a full-length novel, but Ms Moriarty makes up for this by creating a three-dimensional character in Juliette, whose depth of despair and conflict with the outside world was palpable and had me reading with my heart sitting in my throat.

A quick read with some fantastically steamy scenes and which brought to mind one of my favourite movies of all time, Ghost, I wish to thank Random House for inviting me to read and review this first paranormal addition to the Random Romance series, due for publication on the 1st July.

Nicola Moriarty lives in Sydney's north-west with her husband and two small daughters. She has a serious literary pedigree as the younger sister of bestselling authors Liane Moriarty and Jaclyn Moriarty. In between various career changes, becoming a mum and while studying teaching at Macquarie University, she began to write. She has now published two novels - Free-Falling and Paper Chains. 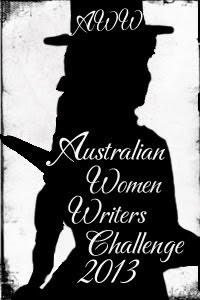