Sasha has graciously agreed to share her love of Regency cooking with us and, in this post, will take a Regency recipe and cheat her way through it, giving us a step-by-step guide to baking a delicious Cheesecake.

Before we get onto the yummy bit though, I'd like to thank Sasha for contributing this post and also give you a bit of an introduction to her.

Sasha was born in England, but raised in Australia, and has a love for both countries.

She lives in Melbourne with her husband, teenage daughter and a cat who thinks sitting on the keyboard is being helpful. Her family have managed to find all but one of her secret chocolate hiding places.

An Unsuitable Match is the second in the Duke of Strathmore Series and was published in September.

For now, let's get onto the yummy stuff!


Thanks to London being surrounded by market gardens at the time, the food was surprisingly good – and plentiful - during the Georgian/Regency period. Consequently, Londoners could easily access regular supplies of fresh meat, fruit and vegetables.

The quality of food served (on the very best silver and porcelain), to dinner guests was a status symbol among London’s elite. Even a simple dinner party would often be elaborate, beginning with a soup, followed by a meat course that could include fish, beef, hot and cold sliced meats with a vast array of vegetables, and finally, dessert.

Rather than one dish, dessert was more often a range of delicious treats, including pastries, ices, nuts and fruits. Exotic fruits from far-away places were regularly brought into England from across the high seas.
If you’re curious, one of the most entertaining ways to research life during the *Regency period is to cook and sample the different dishes that people enjoyed then. I’ve had many culinary adventures doing just that and if you’d like to see my cooking attempts, go to my website www.sashacottman.com where I share recipes and photographs.

In the ‘everything old is new again’ department, it’s interesting to note that the humble cheesecake was as popular back then as it is now. This lemon cheesecake recipe dates all the way back to Hannah Glasse’s The Art of Cookery Made Plain & Easy, published in 1747.


* In case you’re new to historical romances, the Regency era in the United Kingdom is the period between 1811 and 1820, when King George III was deemed unfit to rule and his son, the Prince of Wales, ruled as his proxy as Prince Regent. In 1820 the Prince Regent became George IV on the death of his father.

2 lemons
12 eggs (12 egg yolks and 6 egg whites will be used in the custard part of the recipe)
225 g brown caster sugar (I used raw caster sugar instead).
6 tablespoons of cream (save a little for serving with the lemon cheese cake).
225g butter
Shortcrust pastry sheets (or, you can make it, see below).

Grate the lemon zest. Put the zest and the juice of 1 lemon into a mixing bowl. Add the caster sugar and mix with a wooden spoon.

Beat the egg yolks and add them to the mix.

Beat the egg whites until they are frothy. This must have been a hard task in the 18th century when it would have to have been done by hand! Fortunately I could reach for my trusty electric beater. Add the frothy egg whites to the rest of the cheesecake mix.

Pour combined mixtures into a medium sized saucepan and heat over a medium heat, stirring until the custard is thick enough to coat the back of a wooden spoon. This takes about 8 minutes on my stovetop.

Place the pastry sheet over a 22cm flan pan (or pie dish), making sure the pastry covers the sides of the pan (there is quite a lot of custard mix).

Take the mix off the heat and pour over the pastry base. You may have some left, so feel free to pour this into a bowl and eat it before anyone else notices.

Bake the lemon cheese cake for 30 mins or until the filling has set. In my oven it takes about 35 minutes.

Cool and serve with cream. 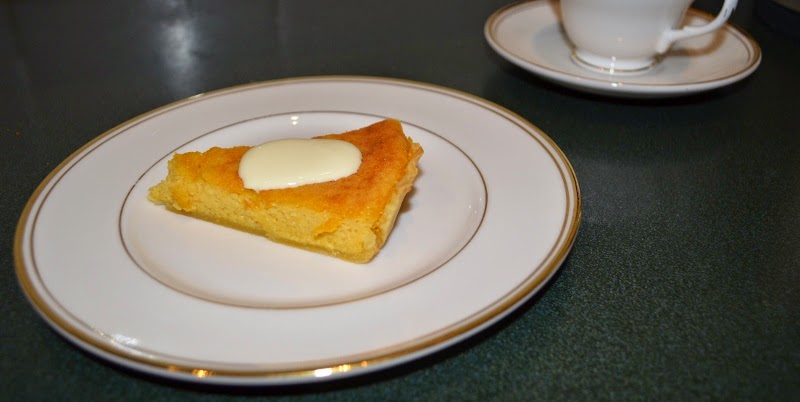 Shortcrust pastry (if you want to make from scratch)


Process flour and butter in a food processor. Add the egg yolk and 2 tsps. of cold water.

Once mix is worked through, take it out of the bowl and knead it on a board. Roll into a ball and let rest in the fridge for 30 mins. Then roll out flat when preparing to use it in the pie.

Sasha Cottman’s Regency tale of love and desire, An Unsuitable Match, is out now and can be purchased from the following links:

And, for all those Regency Romance fans out there, here's the gorgeous book trailer to watch while you enjoy your freshly baked Cheesecake: