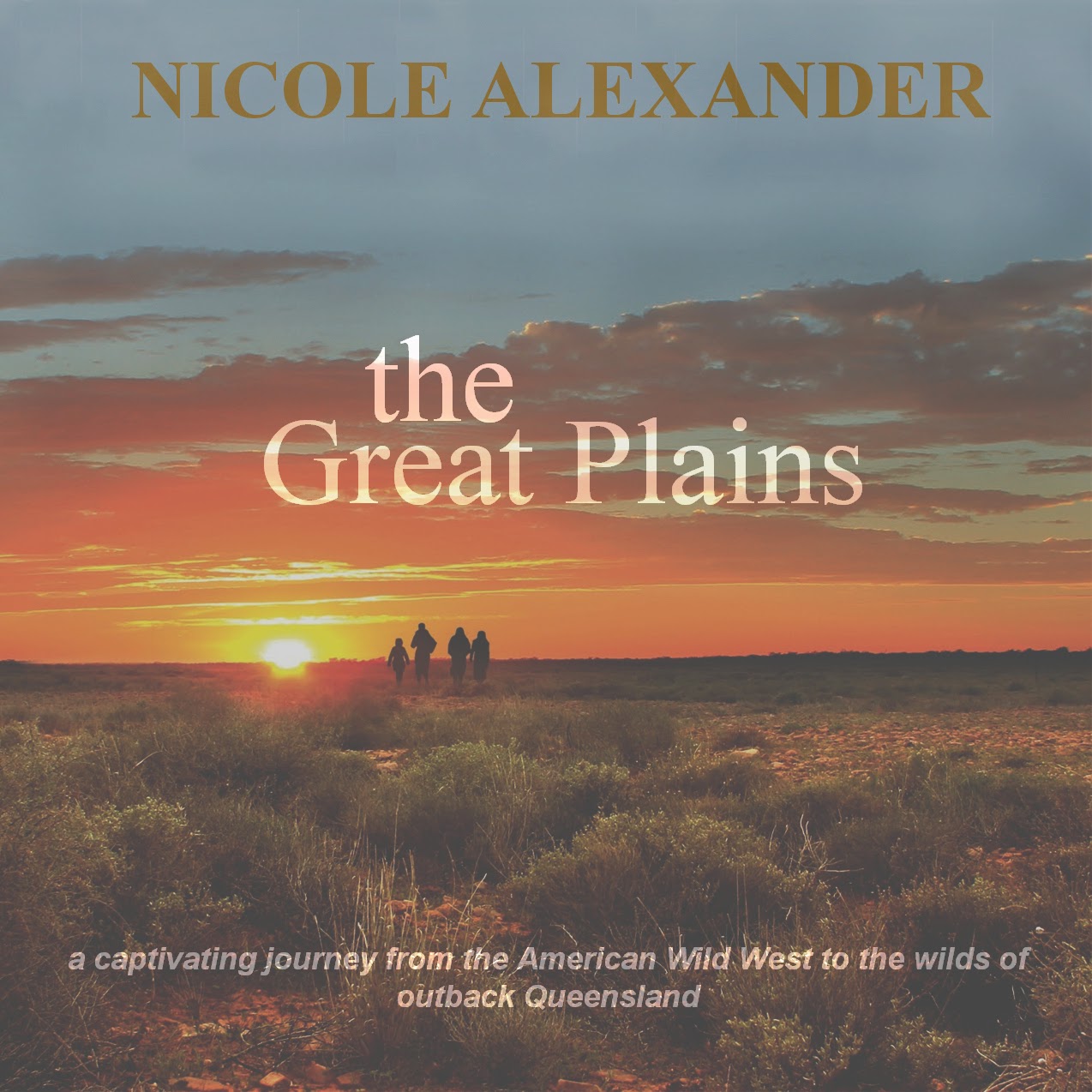 Ever since I read Nicole Alexander's Absolution Creek (my review here), I fell in love with the way she writes, showcasing her obvious love for our wide brown land. So, when Random House ran a competition to win a copy of her latest, The Great Plains, I didn't hesitate to enter and was most excited when I was announced as one of the winners.

Set in both Queensland and the American Wild West, Nicole brings us yet another sweeping saga telling the story of a powerful yet divided family.

To coincide with the release of this novel on the 1st November, Random House will be hosting a blog tour during that month and I am pleased to tell you that I will be taking part by doing a Q & A with Nicole on the 3rd - be sure to look out for it.

"Nicole Alexander, the 'heart of Australian storytelling', takes us on a captivating journey from the American Wild West to the wilds of outback Queensland, from the Civil War to the Great Depression, in an epic novel tracing one powerful but divided family.

It is Dallas 1886, and the Wade Family is going from strength to strength: from a thriving newspaper and retail business in Texas to a sprawling sheep station half a world away in Queensland.

Yet money and power cannot compensate for the tragedy that struck twenty-three years ago, when Joseph Wade was slaughtered and his seven-year-old daughter Philomena abducted by Apache Indians.

Only her uncle, Aloysius, remains convinced that one day Philomena will return. So when news reaches him that the legendary Geronimo has been captured, and a beautiful white woman discovered with him, he believes his prayers have been answered.

Little does he know that the seeds of disaster have just been sown.

For those of her fans who can't wait for the release, here's a taste - an excerpt from Chapter One:

"Aloysius Wade looked down at the main street of Dalls from the second-storey window of Wade Newspapers. Timber shops and business houses lined the wide dirt road. Men on horseback fought for space with covered wagons, drays and sulkies as full-skirted women lifted their hems above rain puddles. At the far end of the street a wagon laden with buffalo bones was halted outside the hotel. The pieces of skeleton glinted in the late morning sun as a black child in cut-of pants and bare feet stood guard, perched on a wagon wheel.
Dallas had once been the world centre for the trade of leather and buffalo hide but with the animal practically wiped out, the desperate were gathering the sun-whitened bones of the slaughtered beats and selling them to fill the demand for fertiliser back east. Aloysius had briefly considered entering the market, but his head had been filled with images of bedraggled men, women and children scouring the carcass-strewn plains. Collecting the bones of the dead was not a legacy he fancied even if there was substantial coin to be made.
He still couldn't help but marvel at the growth the city had undergone over the past three decades. His father had first sent him and his older brother, Joseph, west to Dallas in 1857 with a view to making men out of them under the guise of expanding the family business. At that time Aloysius had held little hope of a successful venture. The brothers expected to be killed en route either by Indians, accident or some other wily character. As it was, one of their wagons was lost crossing the Red River.
There had been less than 600 inhabitants on arrival, which Joseph considered to be an impressive population considering a few years earlier a trading post had been the only feature. The streets were orientated to a bend in the Trinity River at the site of a limestone ledge, which was meant to be the head of navigation. In fact the river as unnavigable but it was the best crossing for miles and Aloysius and Joseph grew used to seeing the billowing clouds of dust that signified hundreds of head of cattle being driven along the Shawnee Trail. Dallas had grown on the back of farming and ranching, but it was only with the arrival of the railroads that the city had prospered."